A petite box, the Yi7P is a point source box nestled comfortably in d&b audiotechnik’s small-format Y Series. Internally, the box features two 8 inch low frequency drivers positioned in a dipole arrangement with a 1.4″ compression driver mounted in the middle. Like many d&b boxes, the Yi7P is sleek in appearance, with a small front acting as the face of a relatively deep box. The foam-backed metal grille also helps obscure the drivers, creating a professional and muted look. Of course, the box also features a slew of mounting options, including a d&b designed yoke and U bracket among many others.

Sound quality wise, the box is pristine when operating comfortably within its limits. While I’ve never operated a pair personally, the Yi7P seems to exhibit d&b’s trademark ineligibility, rivaling only with Meyer Sound in creating a soundscape that remains relentlessly neutral. Just based off the installations I’ve heard, the Yi7P produces a lot of clear, linear sound in a compact package. 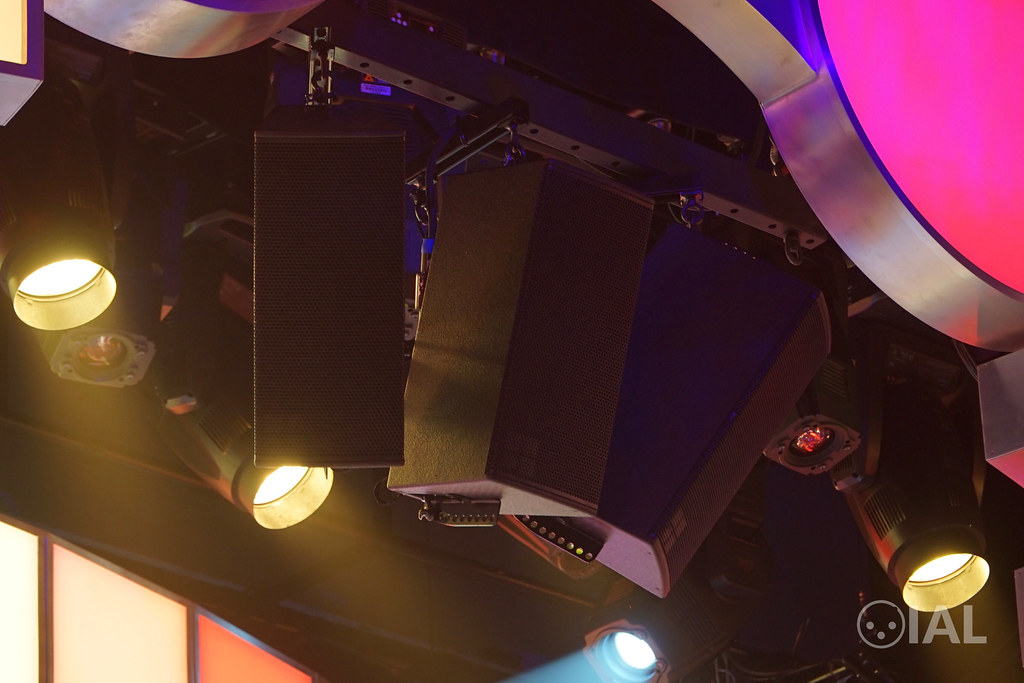 An array of d&b audiotechnik Yi7Ps used for vocal reinforcement in the Disney Junior Dance Party! at Disney California Adventure. 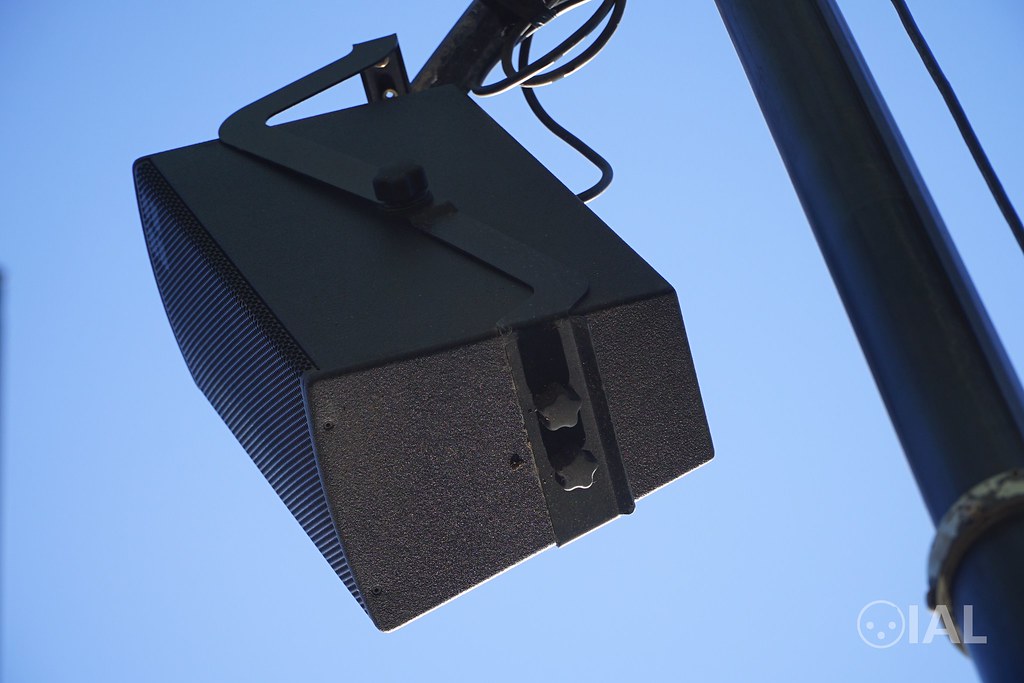 The bottom of a Yi7P at Fantasmic! at Disneyland.

With that being said, d&b claims that the Yi7P can reach a maximum peak SPL of 137 decibels (known as the peak of a peak SPL rating) with its D80 amplifier. Now, like most SPL ratings these days, this figure is almost completely useless. While perhaps verifiable under extreme conditions, you’re not going to be around the Yi7P when it’s producing anything close to producing that figure. Case in point: the Yi7P installation over at Fantasmic at Disneyland. These boxes replaced an aging fleet of Meyer Sound UPA-1Cs, which are rated with a peak SPL rating of 132 decibels. While the Yi7Ps are certainly smaller and lighter than the UPAs, they certainly aren’t louder. If anything, the Yi7Ps seem to be operating near their limit during non-Fantasmic! live shows, and like some d&b speakers, they don’t exactly limit gracefully when reaching near their limit.

In fact, the Yi7Ps get quite cranky when operating beyond their limit. Don’t get me wrong – the box has plenty of usable output, but its output isn’t going to rival a UPA-1P. A UPJ-1P perhaps, but certainly not a larger box in the same class of manufacturer. In addition, I’d venture out to say that both L-Acoustics and Meyer Sound have products that limit much more gracefully than d&b’s product line. I’m not exactly sure why this is the case, but listening to a cranky d&b audiotechnik is like getting kicked in the face.

In the end, the Yi7P is a great sounding box, but it isn’t going to perform miracles – and this is coming from a huge d&b audiotechnik fan.