Since my last article on Fantasmic! in March, the show has debuted to the public to almost universal acclaim. To say that the reworked show is spectacular is an understatement. More on that in a future article, but for now, let’s take a look at what the new show has to offer since my last update.

Like with many Disney shows lately, Fantasmic! relies heavily on a wide array of Robe and Claypaky fixtures. Almost every flavor of the BMFL – including the Blade and the WashBeam – is featured on the mainland towers, with WashBeams fixed on top of the structures next to the projectors. Thanks to a few birdies, I’ve also learned that Dyna Drum HOs from Acclaim Lighting are used on the towers along with Robe ColorStrobes. 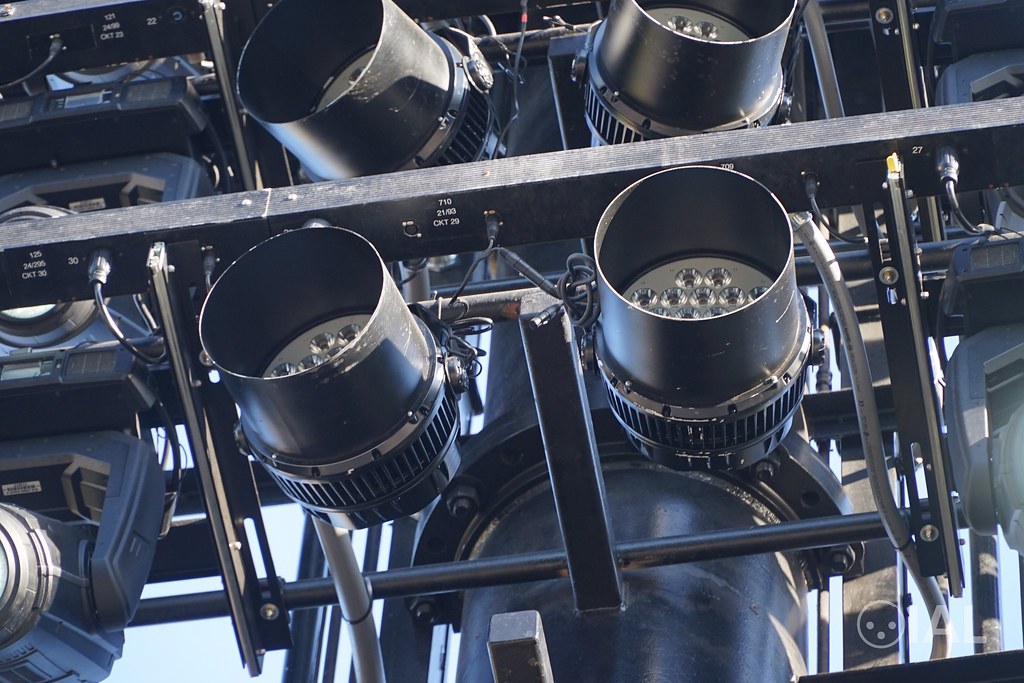 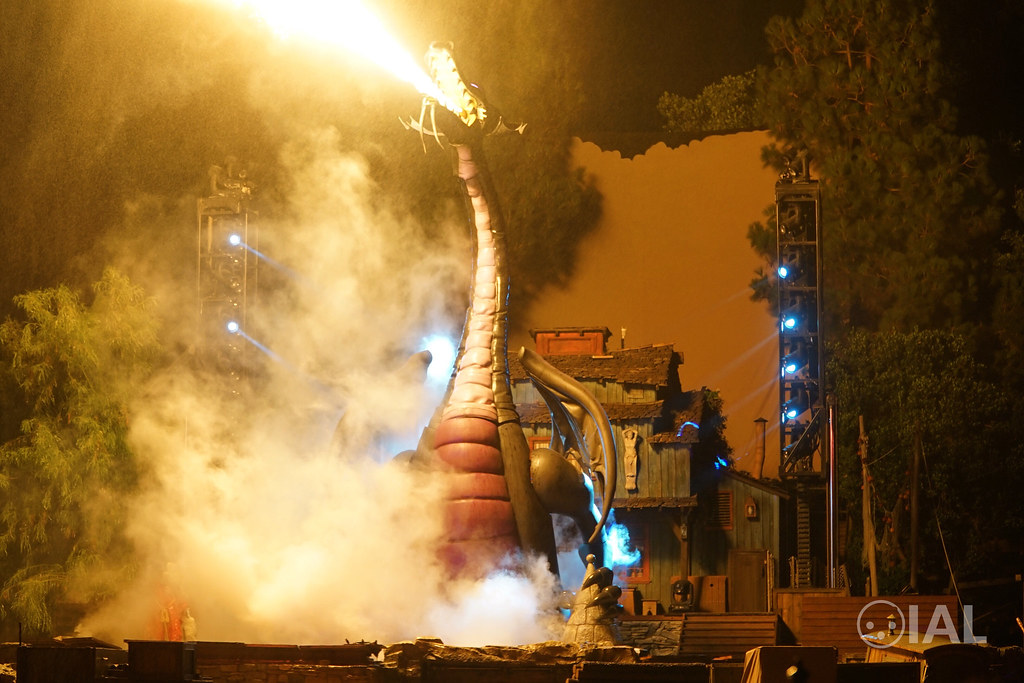 On the main island, we have 12 MMX WashBeams on both towers with 2 BMFL WashBeams on top. 5 Claypaky Scenius Unicos are also wheeled out before each show, with two Claypaky Spheriscans embedded in the stage. Finally, an array of Claypaky Supersharpys are used to provide backside illumination and effects.

One thing to note: the multi-functional luminaries from Robe and Claypaky are simply phenomenal. The versatility of the BMFL is astounding, and the color quality from the Scenius Unicos is unmatched (at least from this untrained eye). Disneyland Resort can be very cutting edge, and it’s nice to see both fixtures used in such a versatile manner.

In terms of audio, much of the setup remains unchanged. In fact, the d&b audiotechnik C Series loudspeakers still remain in the show along with the J Series stacks. Meanwhile, the new E6s and Yi7Ps seem to be holding up well. The Y cabinets seem to dirty quite easily, so I’m not sure how those will fare long term compared with the Meyer Sound UPA-1Cs.

In addition, the Mark Twain and Columbia both feature d&b audiotechnik fills as both ships sail by the main stacks. They look like they could be E Series and Y/V Series boxes. 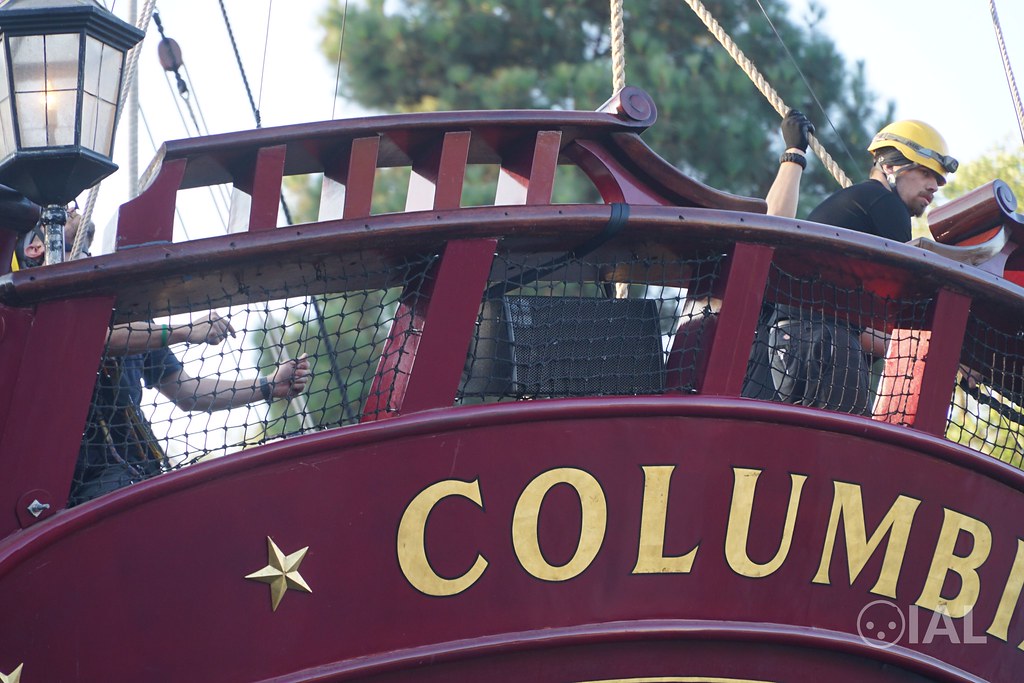 What looks to be either a d&b audiotechnik Y or V Series box on the Columbia. E Series boxes also appear to be used.

Oh, and the J stacks now have a white covering over them to accommodate the show’s use of projection mapping. One of the stacks – which uses wheels attached to the grille to prevent the array from touching the pit – doesn’t seem to be a fan. 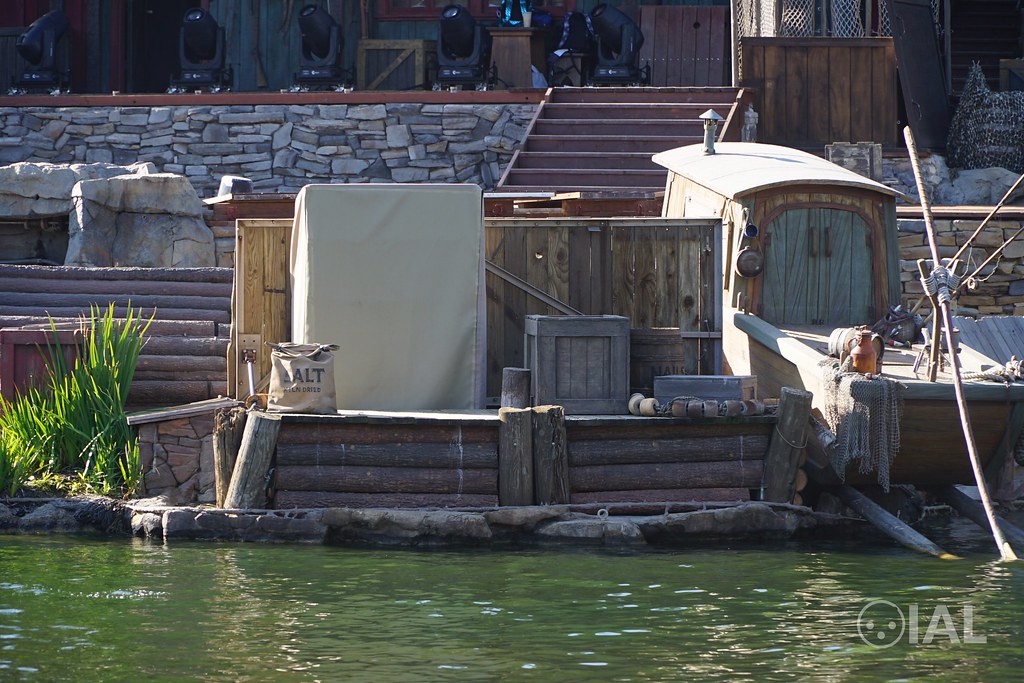 A d&b audiotechnik J8 and J-SUB stack with a new white cover for projection effects. 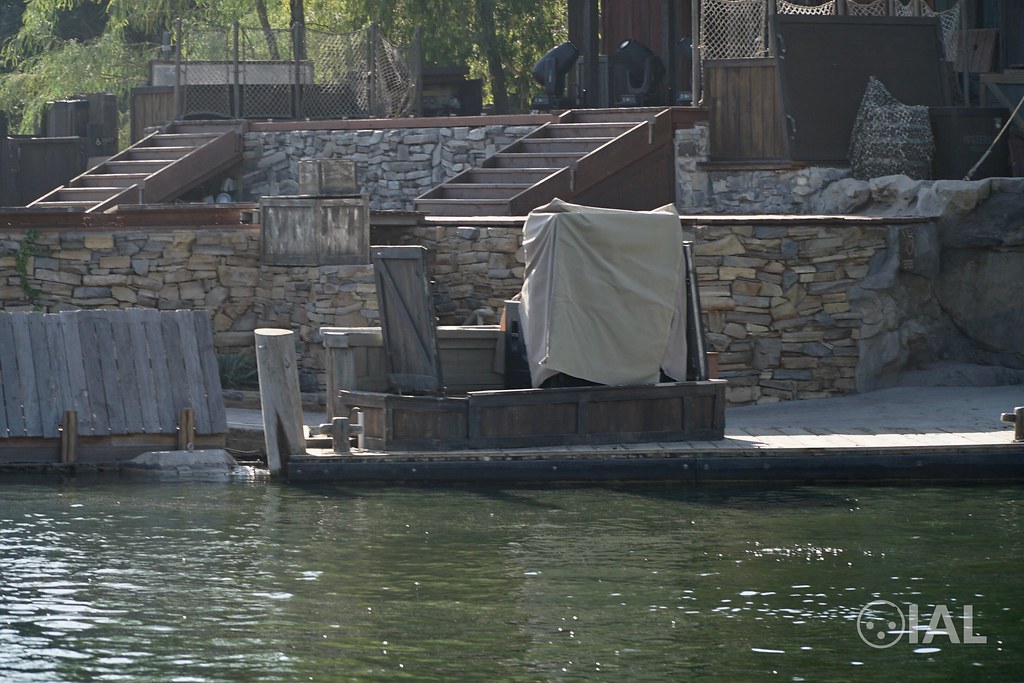 Another d&b audiotechnik J stack – this time, throwing a fit over its new cover.

Anyhow, not a comprehensive list by any means. A review of the show is forthcoming.