Offering free live shows during the summer, Grand Performances is a concert series that takes place in the heart of downtown Los Angeles. For those who are familiar with the area, the venue is located in California Plaza within the Watercourt Stage, which is crammed between several large skyscrapers and apartment buildings. While I don’t go to the series often, I did manage to stop by for a few minutes to – you guessed it – see and hear their setup.

The space is highly reflective, with hard surfaces – including glass, cement, and several large buildings – surrounding the stage. On top of that, the audience is separated from the performance area by a large body of water. So with this in mind, here are some brief takeaways about the Martin system: 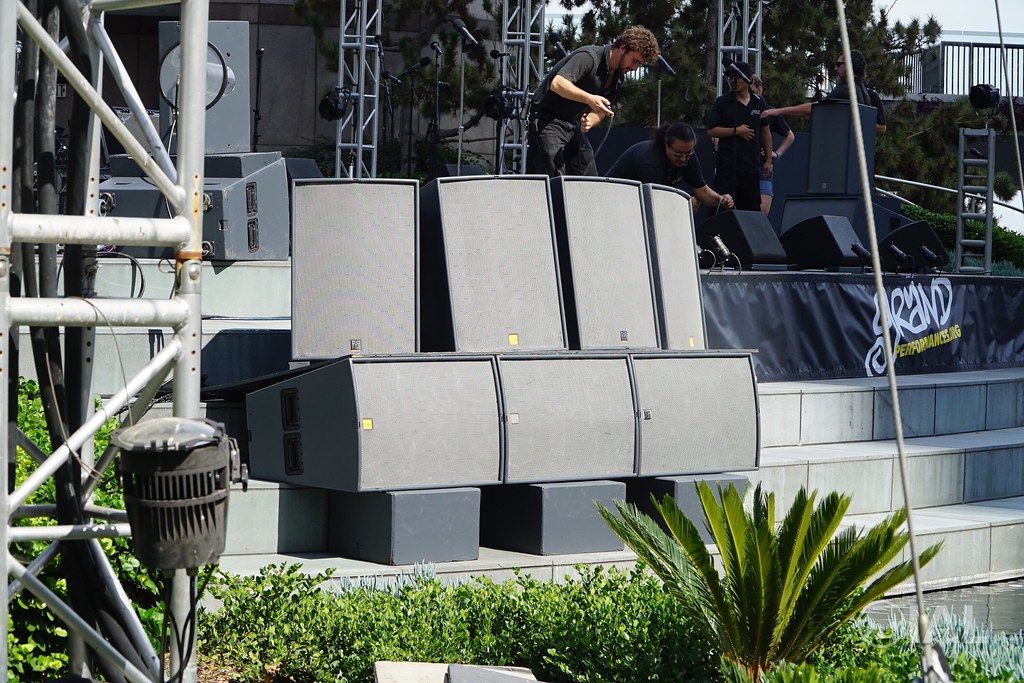 As a whole, the W8C/W8CS combination was somewhat surprising to hear. If I had to use a word to describe my brief encounter with them, it’d probably be pleasant – at least in this context. The W8Cs weren’t in your face as you’d probably expect from a high-Q top, and the W8CSs seemed to add enough warmth to make the mains full range. My hunch is that these boxes may have been tuned low or I was constantly out of their coverage, but whatever the case, they seemed to sound just fine with sound appearing to emanate from the stage rather than from the boxes themselves. This – in my opinion – is always a huge plus. 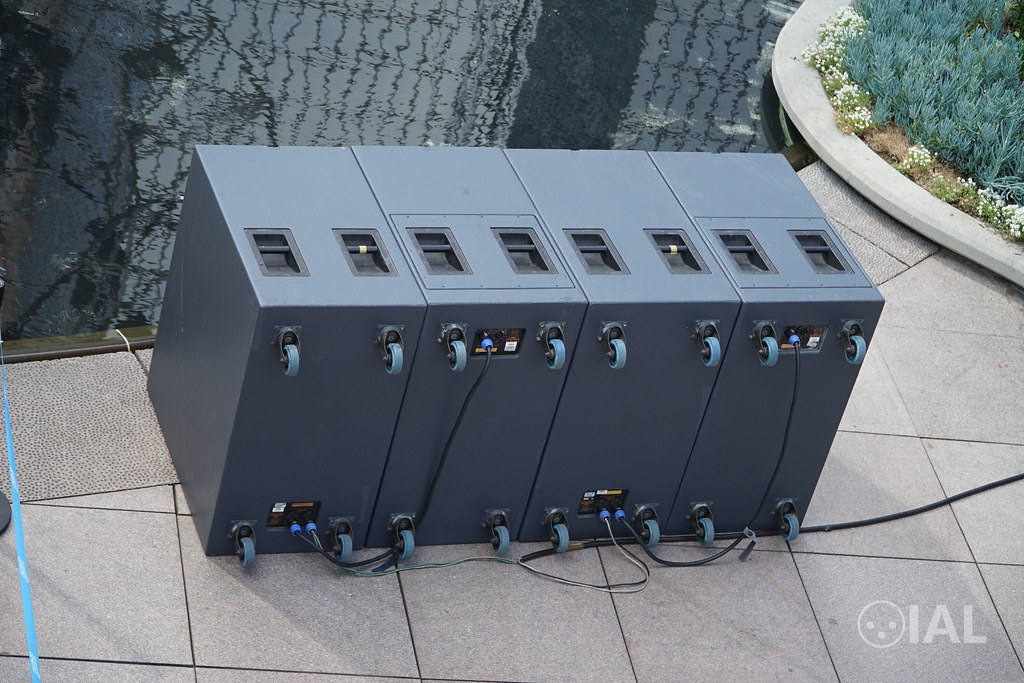 Arranged in a horizontal stack of four, the WSX produced a pleasant thump throughout the show. Perhaps with a different genre of music I could say more, but they made their presence lightly known depending on where you were situated in the venue.

Low frequency support was admittedly inconsistent at Grand Performances, but given the space, this is certainly understandable. 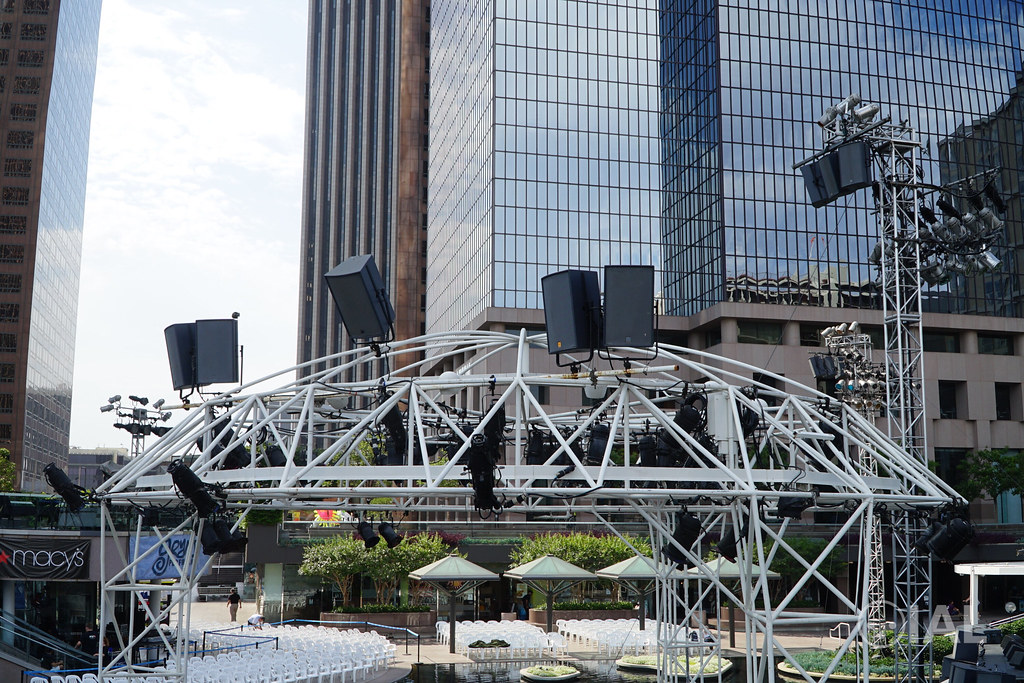 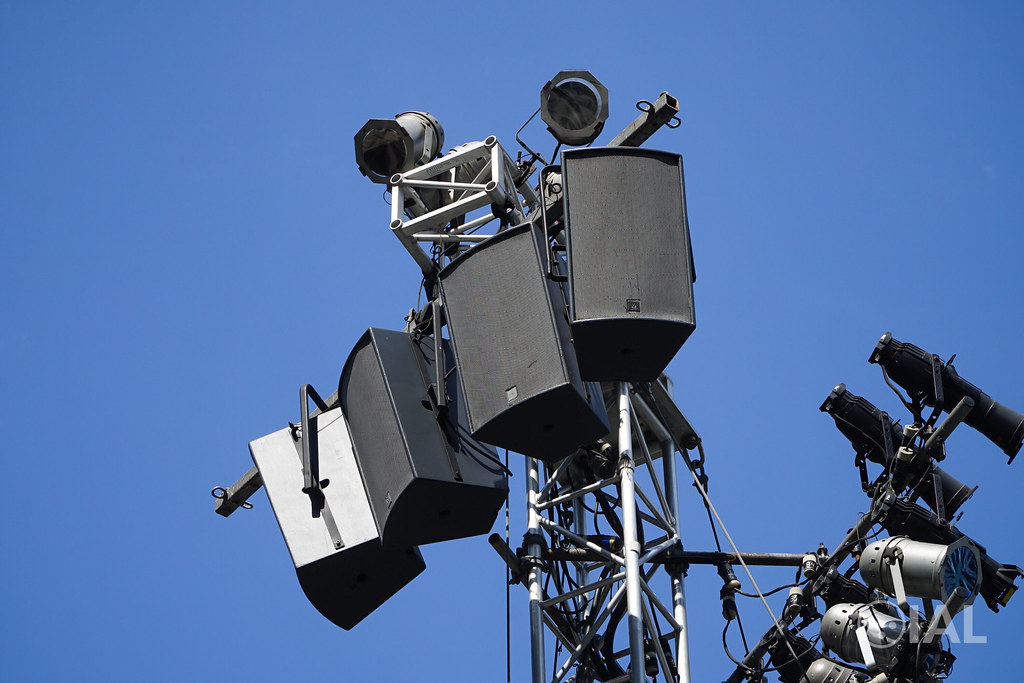 Compared with the rest of the system, the Wavefront W2s certainly stood out – and not always in a good way. If the W8Cs/W8CSs blended in on the first floor, the W2s consistently made their presence known on the second. I wouldn’t say that they were stressed, but I certainly felt that I was hearing a disproportionate amount of W2s compared with the rest of the system. Suffice to say, it sounded like you were listening to a PA rather than the show itself, with sheer sound – rather than detail – being pushed to the audience. 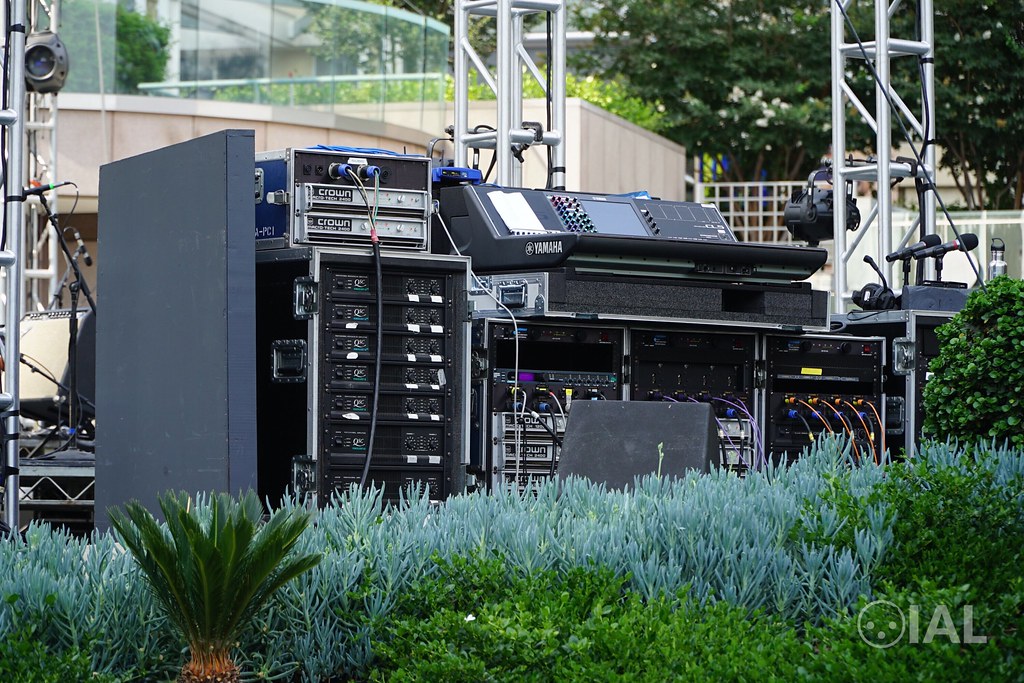 Anyhow, these are just my first impressions of the Martin Wavefront system. This is a challenging venue for sound, no doubt, but the Martin system seemed to handle the space relatively well. Obviously more time is needed to form a more informed and nuanced opinion, but this is what I have.