In an effort to resume a semi-regular posting schedule, I’m going to see if I can devote some time to some shorter articles with some general impressions rather than on some of the larger features that have dominated the site. Features are great, and I love writing them, but they take a substantial amount of time to write and prepare – hence the lack of posts. So while brevity has never been a strong suit of mine, I’m going to try to employ it here to get IAL back in motion.

So to start, I’m going to take a brief look at the EAW KF300. Like most storied EAW products, the KF300 has multiple variations that each contain their own unique differences. However, rather than outlining each version individually, I’m going to write up some broad takes on the overall product line. 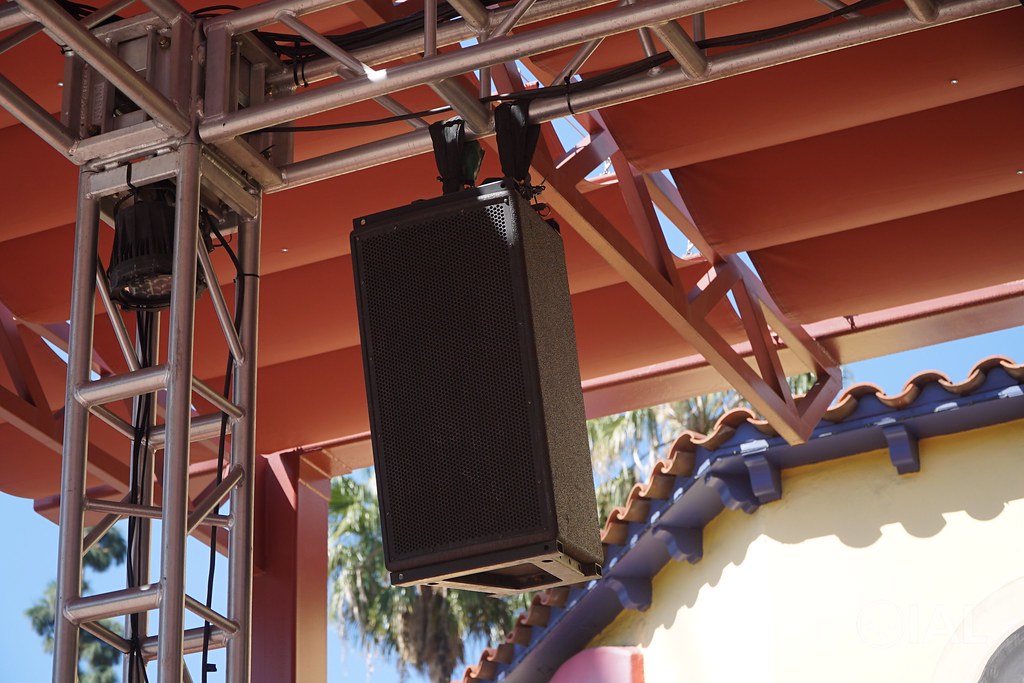 An EAW KF300z at Knott’s Berry Farm rigged to a temporary stage at Fiesta Village.

Generally speaking, I haven’t always been a fan of EAW. Compared to d&b audiotechnik, L-Acoustics and Meyer Sound, EAW has always – in my opinion – had a certain bite. It’s certainly not as harsh as some of the JBL boxes that I’ve heard (VerTec, I’m looking at you), but that bite was enough to make me weary every time I saw an EAW box used in an application where finesse and neutrality were key. That’s not to say EAW boxes sound bad, but I’d rather see them employed in a rock and roll show than at a jazz recital or a musical where fidelity is key. 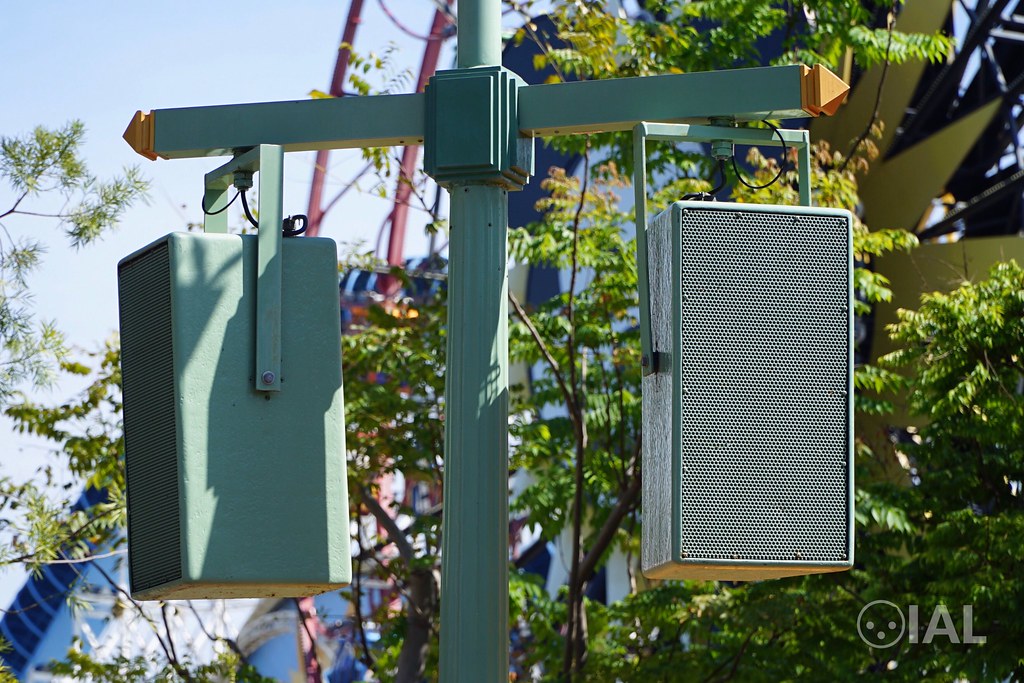 With that in mind, the KF300 is probably the most Hi-Fi sounding box in the KF family. Compared to the KF650 and certainly the KF850, the KF300 – in many ways – resembles a Meyer Sound UPA-1P more than it does its larger brethren (both of which can sound very brutish). Both the KF300 and the UPA are very compact, well built, and can get incredibly loud for their size, and like the venerable UPA, the KF300 sounds very good reproducing sound with an extra minor bite. No, the box isn’t as linear or as flat (or dry, as some would put it) as the UPA, but it evidently doesn’t need to be to be successful.

However, my major gripe with the KF300 (and EAW in general) is the inconsistency going from box to box. No, this isn’t necessarily EAW’s fault, but the large variation in models and EAW’s lax enforcement of processors and amplifiers made some KF300 installations sound downright terrible. Compare that with the locked-down model of the UPA-1P, and you have a box that can sound very good, or very bad depending on the operator. Even the older UPAs – such as the UPA-1C, 1B and 1A – all required processors to be purchased alongside the boxes, which ensured a level of consistency from box to box. With Gunness Focusing, EAW realized the power of controller-based speaker systems later on, but it was a little too late compared to the progress other manufacturers had made to ensure box-to-box consistency. Even then, EAW hasn’t been as tough as some other manufacturers when it comes to ensuring that all their boxes across their entire product line sound. The only exceptions lie in their new Anya, Anna and Radius self-powered arrays.

Either way, the KF300 is a well built box that generally sounds good. It makes me wonder why EAW eventually decided to replace it with the less flexible (and certainly more ugly) KF364 and KF394.

Ouch, I’ve hit 500 words already? I’ll wrap it here. Thanks for reading, and feel free to reach out if you have a comment or suggestion.