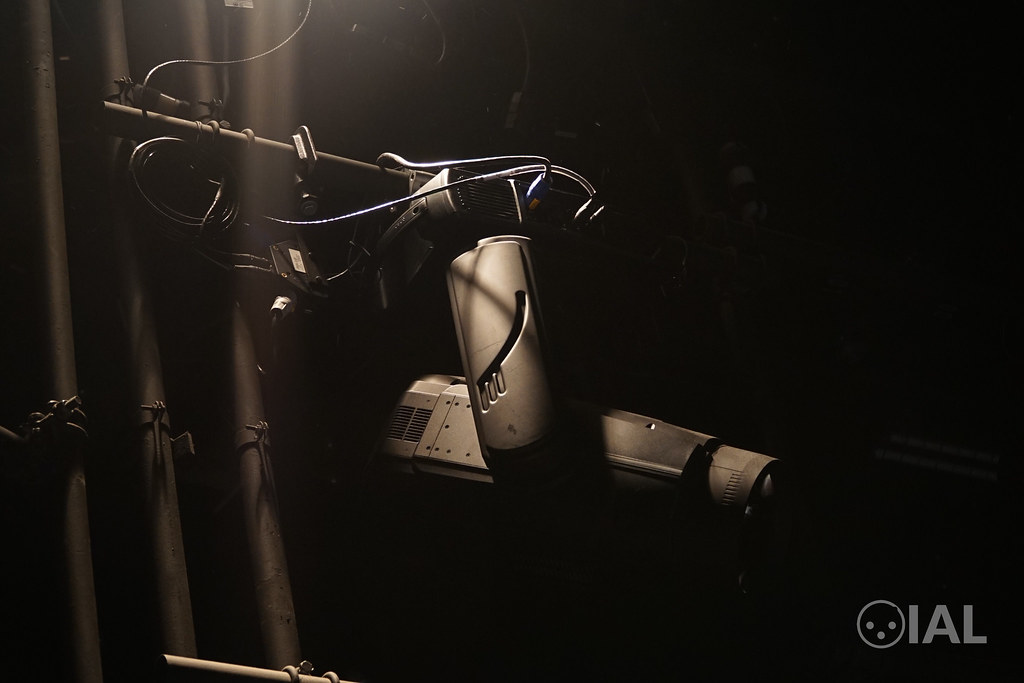 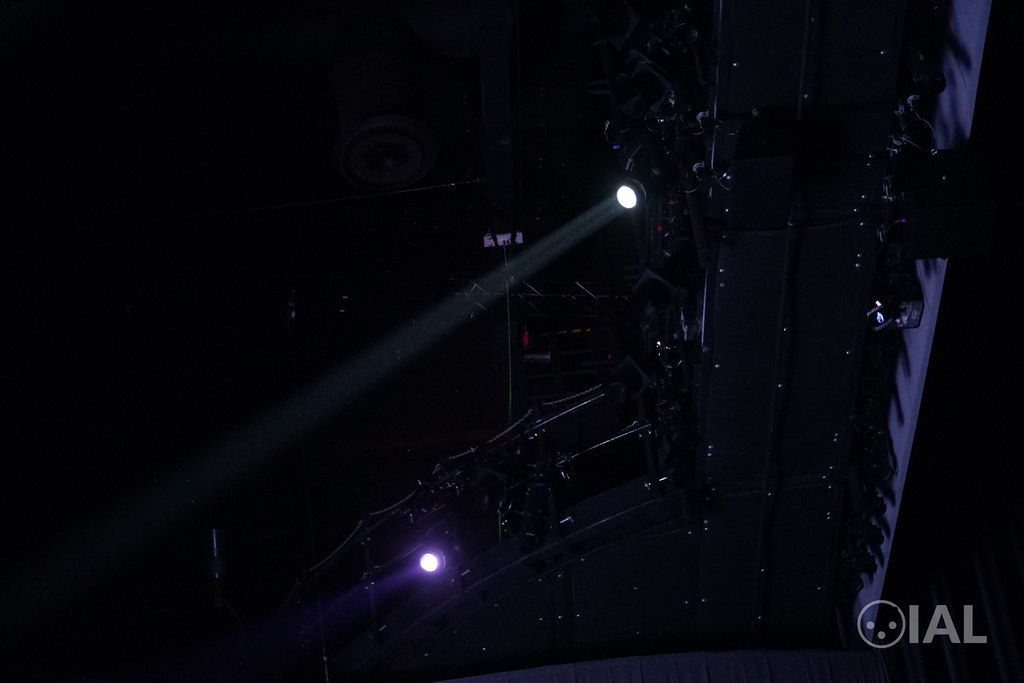 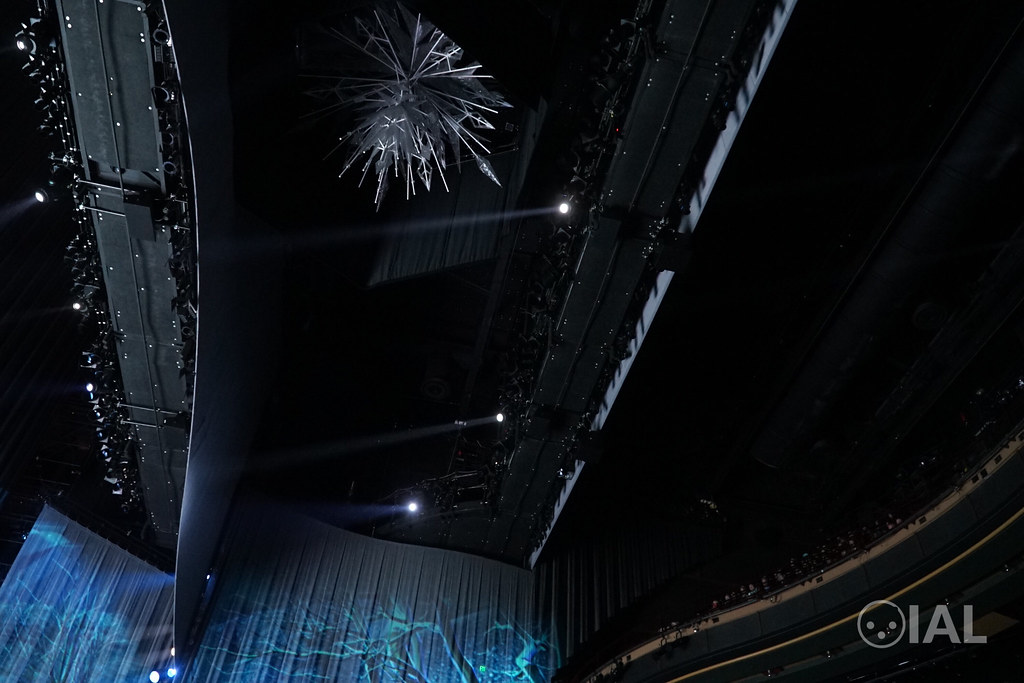 Using a combination of software algorithms, cameras, and LEDs embedded within the actor’s wardrobes, BlackTrax replaces the manually-operated followspots which used to occupy the Hyperion Theater, with Frozen relying entirely on BlackTrax for projection mapping effects and followspot operation. It’s a cool piece of software (despite its routine glitches – I’ve seen the software lag awkwardly, if not comically, during shows), and I’m assuming Disney will use BlackTrax to slowly replace its manually-operated followspots over time.

BlackTrax aside, the software primarily relies on several very-bright Robe BMFLs to follow actors across the stage, mimicking the actors’ every micro-movement that would have otherwise been ignored using a human operator. Indeed, it’s sometimes funny to see how frequently the BMFLs twitch and jitter about, though I’m curious at the long-term effects of this type of movement on the fixture’s motors. Either way, the fixture seems to handle the jittery movement well, and the Robe BMFL seems to be making huge inroads in the industry.

Thanks for reading, and please get in touch if you have a correction, or if you have experience with the BMFL or BlackTrax!