Located in Valencia, California, Six Flags Magic Mountain is an amusement park that boasts a dizzying array of world-class coasters. Nestled among the coasters is a foreground audio system comprised of several models and manufacturers – some dating back to the 1970s, 1980s, and early 1990s. 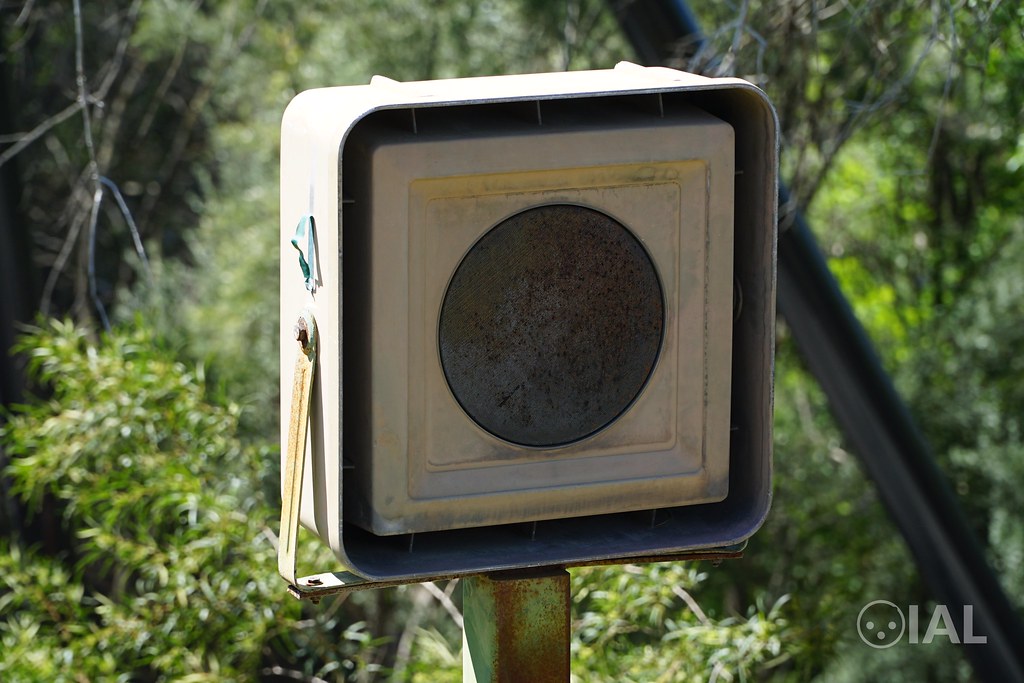 Electro-Voice (along with University Sound – a company Electro-Voice would later acquire) was among the few manufacturers that produced a weather-resistant speaker in the 1970s and 1980s that didn’t sound like a narrow-bandwidth paging horn. Housed in a one-piece compression molded enclosure, the Musicaster used a 12″ driver alongside an “exclusive Electro-Voice Radax dual-cone driver assembly” – whatever that means. Depending on the model (the IA or the IIA), a compression driver would also be used to help reproduce the upper end of the frequency spectrum. In addition, an accompanying U-bracket would be used to mount the enclosure on a steady surface. 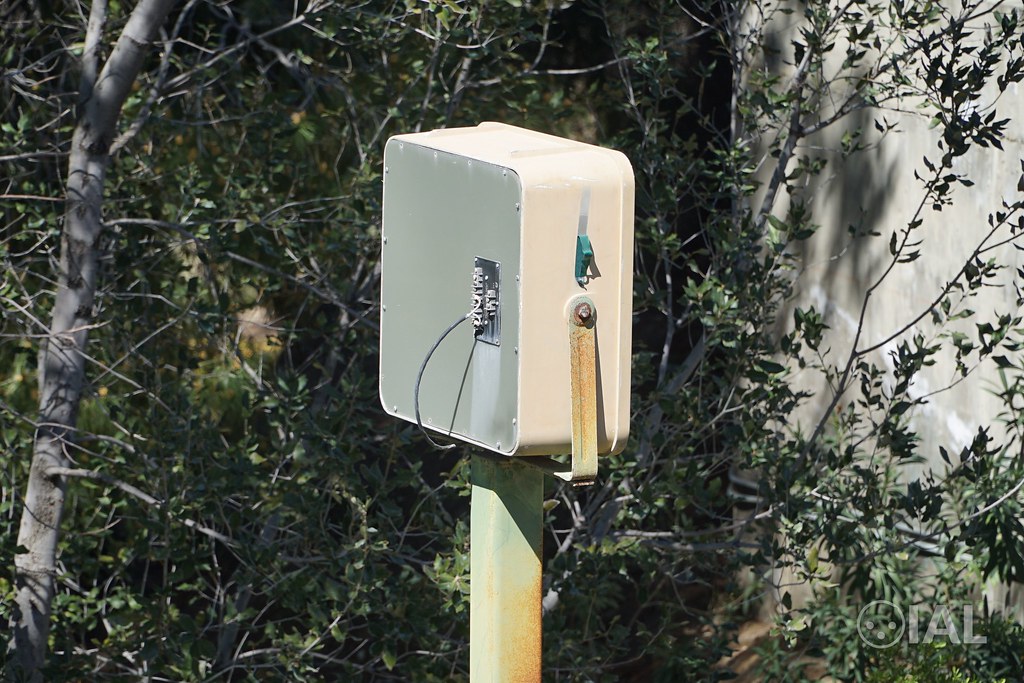 The back of a University Sound Musicaster – note the exposed screw terminals. 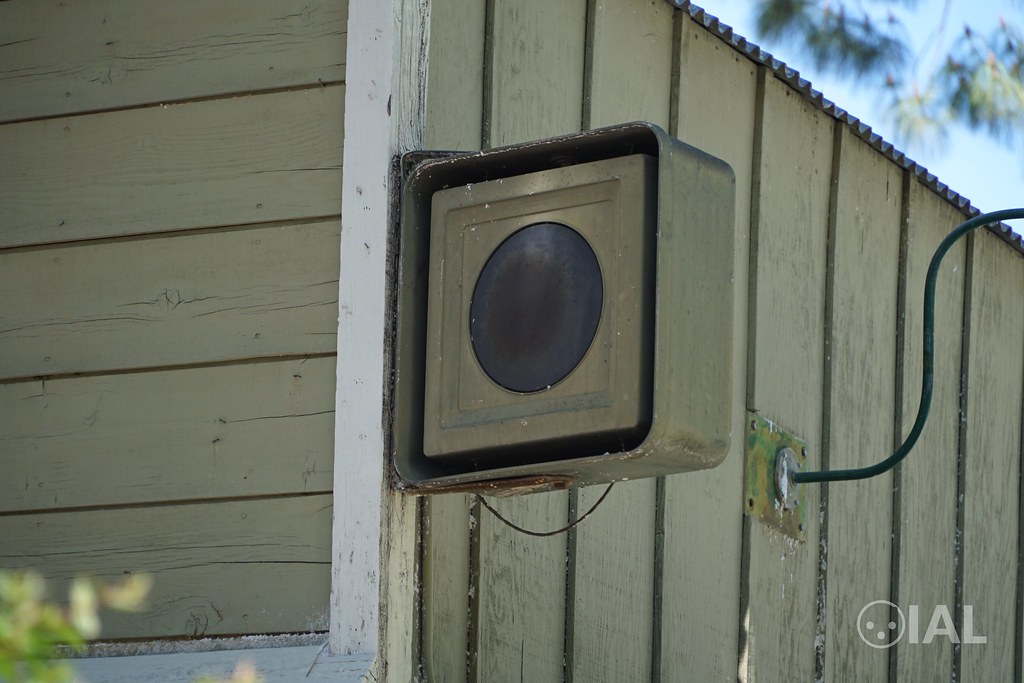 One of the few working Musicasters at Six Flags Magic Mountain.

Now, by today’s standards, the Musicaster sounds kind of awful. High frequencies are almost non-existent, and the box itself produces a sound that is best described as compressed elevator music. Suffice to say, it’s not a good sounding speaker.

So why am I highlighting it here?

Because, by all odds, the Musicaster still manages to survive. The city of Valencia is characterized by blinding sun during the spring and summer, and very cold nights during the winter. In fact, it’s not uncommon to see other plastic boxes warp or distort as a result of the dramatic temperature fluctuations. Yet, despite all odds, the Musicasters in the park have managed to survive relatively intact for the last 20 or 30 years. While there are definitely some failed boxes scattered across the park that Six Flags Magic Mountain has still yet to remove, a few still manage to produce sound after decades of constant exposure to the elements.

Yes, the sound that comes out of the Musicaster is still kind of terrible, but the fact that it still works (and continues to work) in these conditions should be admired.

So cheers to the Musicaster, and kudos to the team at Six Flags Magic Mountain for finding out that the JBL Control 29AV-1 can fit in a Musicaster mount! Talk about a retrofit. 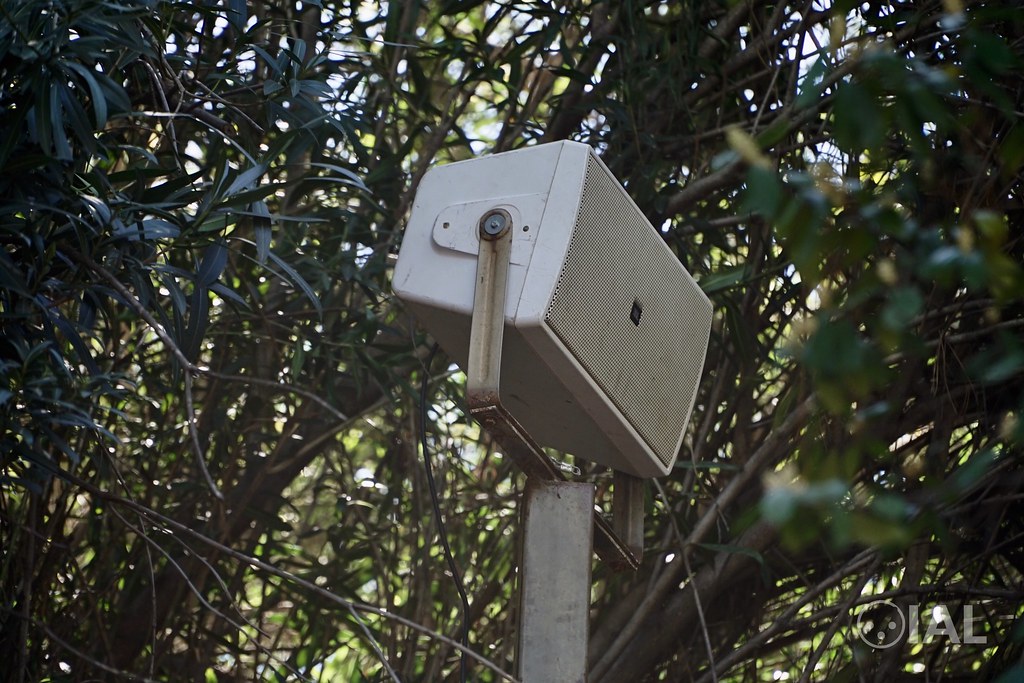 A perfect fit – a JBL Control 29AV-1 occupying the former home of an Electro-Voice Musicaster.